After the flaws discovered last September, place a huge Facebook bug that paralyzes the social network.

Facebook is not finished with its problems. Last September, Facebook teams announced that they had discovered loopholes that had been open for about fourteen months, allowing hackers to log into any account and service by using the Facebook button. Login. What to scare users.

Lack of luck, today is a new problem that occurs. Since about 17 hours, a blackout has completely blocked the use of Facebook in Europe and the United States. Indeed, it is impossible to publish anything on Facebook, Messenger, Instagram and WhatApp. Messages, photos, videos, no media escapes this bug. Sometimes the connection to these services is also impossible. This bug Facebook is not regular. Sometimes the services return to normal and other times the breakdown returns more beautiful.

Mark Zuckerberg, the boss of the four social networks mentioned above, says on Twitter that they have learned about the problem, that they are working to solve it, and that it is not a DDoS attack.

The downdetector site which allows to see the reports of breakdowns throughout the world, will allow you to find information on the evolution of the breakdown: https://downdetector.com/status/facebook/map/

See also: InvisibleShield: the screen protector of the future 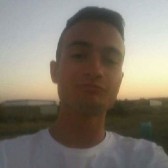 More from this Author

Install this Current Trends on your iPhone: tap

Cookies which are not particularly necessary for the functioning of the website and which are used specifically to collect personal data from the user by means of analyzes, advertisements, other integrated content are called unnecessary cookies. It is compulsory to obtain your agreement before using these cookies.