Goodeed: 5 years later, what is the balance sheet?

The site of free donations Goodeed celebrates its 5 years, it is the occasion to take stock of its results.

Created in 2014 by Vincent Touboul Flachair, Goodeed is a French platform that allows you to make donations but without having to pay. The principle is simple: just watch advertising videos. Donations can be made in several areas: poverty, education, environment, health and human rights. A maximum of 3 advertisements can be viewed per day, 60% of the money generated is donated to the partner association to finance a project chosen by the user, 30% are used for the operation of the company and the remaining 10% are used to promote their project.

Their goal is, as they say, “to empower anyone to act and contribute to a better world”. Worldwide, the majority of donors (70%) are over fifty years old. With Goodeed, the age barrier is broken. Indeed, donors are 80% between 18 and 35 years old. Additionally, 70% of people who donate made their first donation to Goodeed.

Since its creation, what has been done?

Since its inception, Goodeed has raised € 719,369 for a total of approximately 20 million free donations. Currently, 63 associations are supported by these funds. In addition, the number of members is growing and is close to 300,000, since there are 297,400 members. For example, in 2017, the 11 million donations (in total) were reached for a sum of € 222,000. Since 2014, more than 140 projects have been funded (140,000 trees planted with WeForest, 130,000 vaccinations with Unicef, etc.). The projects carried out are on 5 continents, so they affect the whole globe. The advantage is that Goodeed is transparent, it is possible to see all the projects carried out, their costs, etc; as well as donation certificates. See the complete project file. Currently, the team of this start-up consists of 15 people.

Gooded has grown a lot in recent years, the current results are very positive, many projects have been completed. We must continue in this way, it is a good way to make donations when we do not necessarily have the means or the necessary age.

In addition, it is possible to download the Goodeed app free of charge so you can do your 3 daily donations and do a good daily action. It does not take much time and it's worth it.

If you want more information, you can go see their site about which there is a lot of information. At the same time, you can also try to donate if you wish. 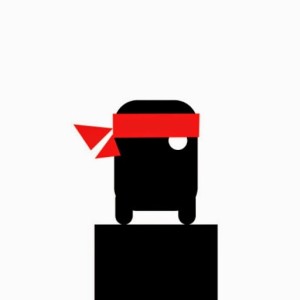 Matheo
My name is Mathéo, currently a sport university student, I am committed to the cause of environmental protection. I hope that by writing articles that present new things, I will be able to help you to reduce your ecological footprint.

NoTime: What are these eco-friendly shoes worth?

Aurore Market launches recyclable deposit to reduce the use of plastic